WashingtonExec’s Amanda Ziadeh sits down with Kristi Rogers, Managing Partner at Principal to Principal, to discuss its recent Global Supply Chain Task Force’s Phase 1 report. Rogers shares some highlights from this report, and how it’s used to improve national and global supply chains via briefings with the Senate Homeland Security Committee and the White House Council of Economic Advisors. Plus, Rogers talks about the launch of Phase 2, “Emerging Technologies: Semiconductors, rare earth minerals, Made in China 2025 products.”

On 6 May 2021, Principal to Principal hosted an event on Reimagining the Global Supply Chain Post Covid-19. P2P has been honored to work on this Global Supply Chain Task Force along with our co-chairs The Honorable Joe Crowley and the Honorable Mike Rogers. We are excited to continue working with Congress and the White House Council of Economic Advisers to implement these recommendations. 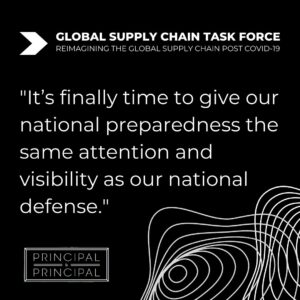 The women’s agenda and the next 100 Days

Nearly 100 days ago, President Biden asked us to end the “uncivil war.” To his credit, his proposals have been big and bold, and his administration has even surpassed its own goals for vaccinating Americans. But amid all of the talk of bipartisanship, we still find Congress painfully divided on finding resolutions to common-ground issues that will improve women’s economic security.

How to begin? It’s all in the facts. Women outnumber, outvote, and outlive men. The well-being of American women is, to a significant extent, the well-being of America. Secure their economic prospects and you will have gone a long way in securing the prospects of our many diverse communities. Crafting a domestic policy agenda with the goal of advancing women’s economic security offers President Biden his very best chance at uniting this nation.

Three policy priorities to get the unity agenda rolling: paid family leave, Internet connectivity for all, and retirement security. It will be difficult and require bipartisan compromise and private sector partnerships. The Business Roundtable, U.S. Chamber of Commerce, and NFIB, please take note.

Women are almost always the caregivers of our fellow Americans. AARP research shows that the average caregiver is a 49-year-old woman taking care of an aging parent or a sick child. Seven out of ten family caregivers are women, which impacts the daily reality of their mental, physical, and financial well-beings. How is a working mother who makes less than $75,000 a year on average — and many earn much less — supposed to manage her life and take care of a child with special needs, a father with Alzheimer’s, or a mother who needs to be driven to chemotherapy? Even for women with greater financial means, caregiving draws down resources she will need later in life or was hoping to pass on.

Likewise, families must have high-speed Internet in order to be productive and succeed. If we didn’t realize the significance of connectivity before COVID, we certainly do now. How is a child supposed to learn when Mom has to drive around looking for four bars of connectivity? This lack of digital access is most dramatic for rural Americans, African Americans, and Hispanics. Thirty one million Americans still do not have access to computer technology in their homes, according to Connect the Future, a coalition focused on connectivity.

These millions of Americans have been economically and socially trapped by a lack of technology. Besides education, the absence of access impacts health care and economic security — think of telehealth and entrepreneurs whose small-businesses depend on connectivity. The Internet exists thanks to U.S. government funding, and our companies have been at the forefront of its commercial development. The Internet is a public good to which all Americans have a right. Simply put, connectivity is nothing less than an issue of economic justice.

A lifetime of these inequities leads to an ever-growing problem: we are heading over a retirement cliff. Women are living longer lives, and if they have partners, they usually outlive them. One in three Baby Boomers has only between $0-$25,000 in retirement savings. The majority of women earn less than their male counterparts, take time off to raise children, and are often poorer after divorce or widowhood.

In addition to the high cost of health care, the fact that women have borne the brunt of job losses in the pandemic and that women-owned small businesses were less likely to receive government aid places the U.S. in a full-blown crisis. All these disadvantages make saving for retirement a daunting challenge for American women, which is further compounded by gender gaps in financial literacy. We must immediately grapple with how to support generations of destitute retirees. The good news? There is a bit of it. Congressional leaders and the private sector are actively working on commonsense solutions — all of them ready for presidential leadership.

Women awarded President Biden and Vice President Harris their victory, women of every color and every political persuasion. Women are the deciders of elections, but it would be wrong to think of women as a monolith. We are as varied as the stars in the sky, yet united every night, when our heads hit the pillow with worries about our own health and economic security and that of those we love. In advancing women’s economic security, you will, by extension, be lifting up our fathers, our brothers, our husbands, and our sons. Women need the Biden administration and Congress to compromise and find the path forward.

On March 23rd, the Principal to Principal Global Forum hosted a dinner for its corporate members to discuss economic recovery, trade, and security post-COVID.  Our special guests included Senate Foreign Relations Committee Ranking Member Jim Risch and Senate Foreign Relations European Subcommittee Chairman Jeanne Shaheen – we are grateful for their insights and for allowing us to see firsthand their productive working relationship.   We were also joined by several European diplomats who further informed this robust discussion – ambassadors from Austria, Bulgaria, the Czech Republic, Estonia, Ireland, Switzerland, the UK and DCMs from Croatia and France.

The morning of January 6th, 2021, P2P hosted a Virtual Forum on the SolarWinds Hack featuring a presentation from former House Intelligence Committee Chairman Mike Rogers and IDX CEO Tom Kelly. Among the attendees were Congressman Jim Langevin, Congressman Bill Foster, Australian Ambassador Arthur Sinodinos, senior staff from the embassies of Canada and New Zealand including Alistair Wallbaum and Jennifer Troup, and senior congressional staff from both chambers of Congress and both sides of the aisle including Kate O’Connor, Joe Charlet, Lauren Canfield, and Jessica Martinez. 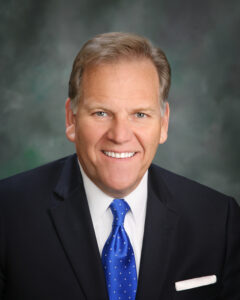 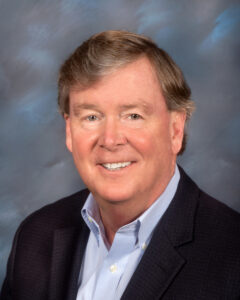 Mr. Rogers (left) and Mr. Kelly (right) explored the implications of the hack and what it means to different organizations as well as to our government – the presentation was followed by Q&A with the audience, which reached about 60 individuals. Both Rogers and Kelly provide the participants with specific actions to take now to mitigate the potential damage.

“I predict that the implications of the hack will prove far-reaching and ultimately result in significant compromise to the privacy of American consumers.”  – Tom Kelly, CEO of IDX

“The SolarWinds breach could be the most significant cyber incident in American history… As we work to uncover the full extent of the hack, we need to get a grip on our collective national cyber defenses.” – The Honorable Mike Rogers, Vice Chair of MITRE and Former Chairman of the House Intelligence Committe.

Congressman Jim Langevin offered keen insight not only in explaining the gravity of the hack at large, but also in how we move forward in preventing these attacks in the future:

“This cyber intrusion was highly sophisticated, and there was no comparable attack like it, quite frankly. It took a nation-state – and a very determined, well-financed, well-resourced threat actor – to pull this off, and they did it.”

“If we are just looking at detecting these anomalies and intrusions through cyber means, I think we’ve already lost the battle. We have to get out of this mindset of just cyber detection, and we need to expand and beef up our all-source intelligence.” 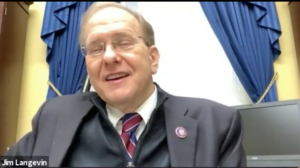 In September 2020, Principal to Principal announced the launch of a Global Supply Chain Task Force, whose Phase One efforts will be focused on pandemic response.   COVID-19 is ushering in a new normal that is drastically altering our global supply chain networks.  The pandemic has highlighted the weaknesses and risks in many current supply chains across the globe.  Risk will need to be further mitigated, and resiliency must be bolstered.  The Task Force will hold regular virtual conferences with administration officials, senior congressional staff, corporate leaders, academics, and policy experts.

The Co-Chairs of the Task Force are The Honorable Mike Rogers, Vice Chair of MITRE and former House Intelligence Committee Chairman; and The Honorable Joe Crowley, former Member of the US House of Representatives, where he served as Chair of the House Democratic Caucus.

Read more about Phase One here: GSCTF Phase One

Rachel Pearson founded Engage: Bringing Women Together to Find Solutions in November 2018 as a bipartisan organization dedicated to promoting women’s economic security.   Engage held its first Summit in the wake of the 2018 elections and its second summit, the Summer Summit, in July 2019.  Read more in the press release here.

"Digital Transformation: How your approach to security needs to evolve"

ForgePoint Capital and AT&T Cybersecurity hosted an insightful panel discussion during their 10th Annual RSA dinner. The panelists shared their experiences and insights as they lead Digital Transformation Programs in their respective organizations. The conversation also focused on how to balance convenience and user experience while protecting sensitive information and individual privacy.

"WFPG WELCOMES NEW BOARD MEMBERS FOR 2019"

“Violinist aims to cool tensions on Capitol Hill with music”

“The Hill is alive with the sound of music. Rachel Pearson, a D.C.-based Republican consultant, is launching a concert series for members of Congress and their staffs, hoping the tunes will cool tensions on Capitol Hill. She’s tapped New York City-based violin virtuoso Joshua Bell for the first show, which is Tuesday, with aims to bring in talents such as Yo-Yo Ma and Wynton Marsalis for future shows.”

“Will the new women in Congress embrace bipartisanship — or shun it?”

“To begin to answer these questions, four women — two from each party — put their heads together and created a one-day, bipartisan confab in Washington — the “Elevate” summit — to discuss issues on which women can find common ground. The organizers recognized that social issues remain divisive but myriad other concerns provide opportunities to work together, including caregiving, health care and workplace issues.”