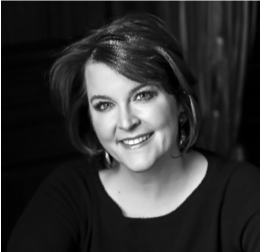 Rachel Pearson draws on her extensive experience of elective politics to provide corporations, associations, and non-profit organizations with strategic planning and counsel. Pearson’s multi-faceted work in politics and policy is informed by a deep understanding of how Washington works – on the Hill and in the diplomatic and business communities.

She founded Pearson & Associates in 1996 and has tremendous experience in numerous Senate campaigns and three Presidential elections. Her success has allowed her to form deep and extensive relationships with Members of both houses of Congress. Committed to reaching across the aisle, Pearson often convenes bipartisan congressional staff in an effort to foster relationships that will result in legislative solutions.

Pearson has served as an advisor to several governments in Africa with a focus on strengthening bi-lateral relationships and fostering U.S. investment in Africa.

In 2013, Rachel co-founded Principal to Principal, a forum which connects with Members of Congress, diplomats, and business leaders for intimate dinners several times a year.

In October of 2018, Rachel launched the Capitol Conversation & Performing Arts Series, an initiative designed to expose 535 Members of Congress to America’s fine arts virtuosos and promote a keener understanding of how music develops the American mind.

A month later, in the wake of the 2018 election, she launched Engage: Promoting Women’s Economic Security, a bipartisan organization focused on expanding economic opportunity for all American women in the 21st century.

Rachel serves on the Boards of the 150PAC and the French-American Cultural Foundation. She also serves on the Advisory Board of The New School Drama Department.

An Ohio native, Rachel is a collector of works on paper and an avid supporter of the arts. 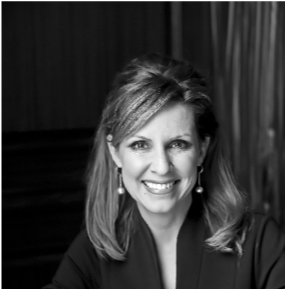 Kristi M. Rogers is a leading executive and former senior government official with extensive international leadership experience in the public and private sectors.

Her strategic advice and counsel are regularly sought on issues relating to security and disaster response, federal government contracting, the role of business in complex and dynamic environments (including markets emerging from conflict), public-private partnerships, and crisis communications.

Today, she is the managing partner (and co-founder) of Principal to Principal, a strategic positioning company operating at the most senior levels of business and government. Principal to Principal brings constructive approaches to today’s multifaceted public policy issues and assists organizations with successfully addressing complex challenges.

A recovering start-up CEO, Kristi successfully launched, managed and grew two companies with overseas operations. She currently serves on the Board of Directors of Qualys Inc. (a publicly traded company), NowSecure (a mobile app security company), Business Executives for National Security (BENS); is co-chair of the Women’s Foreign Policy Group; and, serves on the Advisory Councils for ForgePoint Capital and George Mason University’s National Security Institute. She was recognized by WomenInc. as a member of their 2019 Most Influential Corporate Directors. And, in June 2020 she was appointed to the BENS Commission on the National Response Enterprise, chaired by former U.S. Department of Homeland Security Secretary, the Honorable Jeh Johnson and the Chairman & CEO of Johnson & Johnson, Alex Gorsky.

Kristi is also the President of the State Society of Michigan and a regular speaker at Michigan State University’s College of Social Science and other institutions.